Skip to content
Home » Events » The muppet show is coming to town!

Our muppet show was a fun-filled rollercoaster. Thanks to all who participated in the show: toyota, jeff, myst, nop, lorsch, mathilya, mattie, gloozy, grey, and rox!

To prep ourselves for the curtain drop, we assembled at the cinema near the beach. For the opening of the show, mattie gave an honorable but equally terrible impression of the muppet song, leaving everyone stunned for at least 30 seconds. Jeff’s summarized it perfectly: “Could someone please extract that from the livestream and put it on youtube?” 🙂 To get into the muppet mood, we headed for Fort Zancudo, to turn it into Fort Muppet. 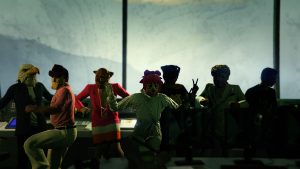 After some crazy antics, we started the playlist. To begin with, we had a tube stunt race with lawn mowers, won by “dino” gloozy, after many twists and crashes! To let of steam, we continued with a game of angry birds, where “anime” mathilya took the lead as most valuable player. In honor of all the good chickens on the show, we did a non-contact chicken run grand prix in sports cars. At the race, “mafia” rox showed amazing skill and came out first. Impressively, his best lap time was no less than 5 seconds faster than anyone else’s. To gasp some air, we continued with a short but challenging twisty helicopter race, where mathilya again demonstrated great skill. In a nice buzzardly move, “eagle” nop closely followed.

Feeling the need for some close Tom & Jerry style combat, we had a round of roof’s boxing match, where everyone on the blue team showed their talents! In true muppet style, we continued with a race in dune buggies, this time won by “inspector” jeff. Once more, rox demonstrated an impressive best lap time. To relax a bit, we continued with some bowling, where toyota defended the red team honorably, but to no avail. To keep the ending exciting, we finished with a parachute job. Here, “the kid” lorsch flew ahead in amazing speed (checkpoints… what are checkpoints? 🙂 ). Once more “mafia” rox demonstrated amazing skills and came first.

And the winner is…

How it happened nobody really knows, but the winner of the playlist was someone who didn’t win any single event: me, “miss piggy” mattie. In a cunning move, miss piggy overtook “anime” mathilya and “inspector” jeff at the last second. I hope I made you proud, kermie! However, special mention deserved to “unicorn” toyota for being the most ethical muppet. As you know, it’s no secret that DNF really means “Did Not Faulter”. 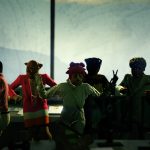 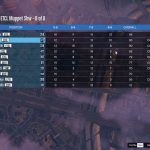 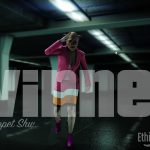 By misfortune, my shadowplay did not coöperate, so I’m sorry not to have more pictures this time around. However you can enjoy the livestream from the usual place, should you feel the need to relive the show.

Note that I’m not organizing a party this weekend (but please don’t let that stop any of you!). But the weekend afterwards, we will enjoy some “accidents & emergencies”, in honor of mathilya’s now world-famous “wet cough”.

One thought on “The muppet show is coming to town!”