Skip to content
Home » Events » Hitman: Who Was The Most Silent Assassin?

Once more we had a fantastic party, this time around the hitman theme! Last week Thursday, we all assembled at Humane Labs in our hitman themed outfits. Thanks to everyone for joining: mike, sotnoose, threep, reacher, myassar, rochen, doozle, nop, vill3m, mattie, mathilya, heggi, venjamin, and special guest jhettinger. Additionally, special mention to doozle for coming in the requiem suit, and to sotnoose for being the only SWAT team member. After a group picture at Humane Labs, we tried our hands at a hide and seek sniper event, however it ended rather quickly with reacher sniping Agent threep47 rather more quickly than intended. So we jumped straight into the playlist.

We started with a game of snipers versus zentorno’s. There, sotnoose amazingly survived as last sniper on his team against a huge battering of many zentorno’s. We continued with a railroad deathrun, where the deathrunners had the disadvantage as always. Yet, I hope it was still fun for everyone. Next, we did a round of firetrucks versus snipers. Here, reacher pulled of some amazing snipes. To follow, we had another deathrun around the maze bank tower. A game of basketball snipers versus grenades topped it off, where nop, threep, and sotnoose proved the best snipers. To end, we had our usual bowling game.

We had no less than three winners of the playlist: myassar, reacher, and rochen! Well done, all three of you! However, extra special honour goes to rochen, for getting the most kills throughout the entire playlist. This earns rochen a hitman of the week title on discord. We also award a SWAT of the week title to sotnoose, for the amazing outfit and performance on the sniper versus zentorno job.

Below, you can find some pictures by myself and villem. A big thanks to villem for providing the featured image. The livestream is in the usual place. Enjoy! 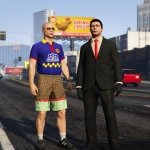 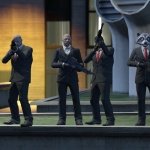 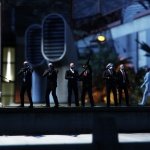 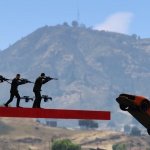 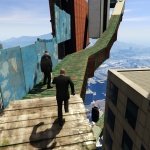 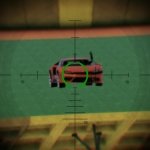 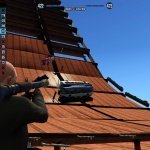 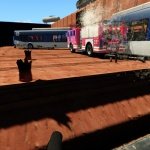 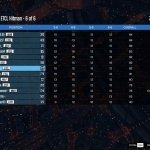