We all love fairy tales. Little Red Riding Hood is definitely one of the most fabulous ones. Therefore, I am very glad you all joined so numerously on this party! And so, Doozle, Mattie, Amorph, Dakshaa, Jeff, Rochen, Mike, Vill3m, Michaela, Reacher, Chevi, Threep, Venjam1n and myself gathered together to feel the magic of this fairy tale.

We assembled at Chilliad State Park Wilderness, at Raton Canyon. The place I chose caused frame drops for many of us. However, that beautiful scenery reminded us how majestatic State of San Andreas is. Unfortunately, our spot was so well hidden, that even cops couldn’t find us. Rochen tried to call them with sticky bombs and flares, but without success. A classic outfit + vehicle voting contest followed, with many great outfits. Not only fairy tale’s main character incarnations were present, but also many bad wolves and one grandmother, perfectly represented by Vill3m. However, the winners appeared to be me and Threep, dressed as Little Red Riding Hood with stockings and a hunter.

After that, we started searching for grandma’s house. Raton Canyon appeared not to be home of aforementioned character, so we jumped straight to the playlist

We started with Roof’s verdant race. I managed to win it, but there was real battle at the back for the last place, won by Chevi. Then, we fought in a deathmatch inside very dense forest. Reacher dominated with 16 kills, even though he stated he killed only 2 enemies with a weapon… Next capture caused more than a half of participants to disconnect, much to our disappointment. Anyways, we continued with winter rally race around Chilliad State Park Wilderness. I won again, but what’s much more important, everyone managed to finish the race! A parachute jump followed, with usual amount of missed checkpoints and honourable mention to Mattie for arriving as first to the final corona.

In next deathmatch, we hunted for other players at o’Neils farm deathmatch. Doozle appeared to be the bloodiest of us all. The penultimate race in the playlist was my trackmania one, won by Jeff. Special mention to Mike, who decided to use a highway rather than race track. With three jobs to go, we raced for the last time on Rockstar created track around Paleto Forest. Props to Rochen for crossing the finish line as first and Michaela for choosing Blazer. Next up, a raid capture in the Grapeseed, in which Threep and Vill3m showed best postman skills, delivering most bags. Finally, a Slashers adversary mode around dark bunker. In that scary scenery, Doozle killed 80% of opposing team.

According to leaderboard, I managed to win the playlist. However, due to disconnections, the final score of some other players is not really credible. In this case, I’ll just say, congratulations to everyone for playing no matter what was your score! As for after party, we tested my newest stunt race.

The livestream can be found here. Also, enjoy those pictures, provided by Vill3m and Mattie. 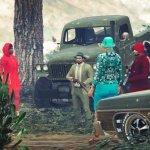 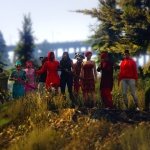 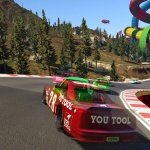 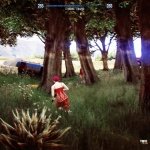 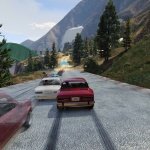 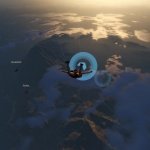 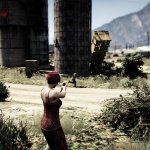 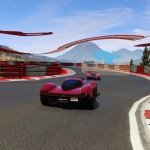 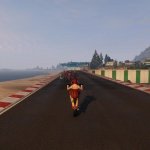 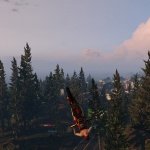 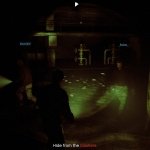 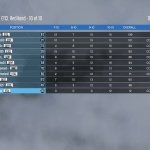 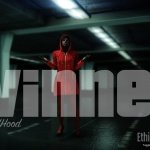 One thought on “Little Red Riding Hood – a fairy adventure”