Everyone loves football. Our crew is not an exception. Our Word Cup themed event was a smashing success!

We assembled at the University of Los Santos Sports venue. Many luxury rides were glimpsing in the light of reflectors, and so were our national team outfits. Strangely, some participants mistook boxing costumes with football jerseys, as well as supercars with a taco van. At least all hungry footballers had a cantine nearby. Swag of the Week title this time goes to Villem, who created a crew emblem especially for the crew event with player’s name and number. After a warmup lap around the venue, we raced to the Maze Bank Stadium, where World Cup matches would take place. Mike proved his lack of patience for the beginning of tournament and won. Regrouped, we took a nice picture outside stadium, with many C2H5OH floating in the air.

It was time to begin the game. As the game did not allow me to arrange teams according to our primary idea, it picked the teams for us as follows:

The inaugural match was won 2:1 by Team Mattie, with 2 goals by Roof. However, rematch was mandatory. This time, Team Me managed to win 2:1, even though I turned out to be an undercover agent who scored an own goal (or was it Roof?…). It was a certain draw, so we had to play the final match extra time, with golden goal rule – who scores, is the winner. And once again Roof scored scored a goal and guaranteed the World Cup to Team Mattie. Also, due to that spectacular performance, our commissioner receives “Maradona of the Week” title on Discord. Congratulations!

For after party, we played Rochen’s deathmatch and some more football, this time with Dunes. Chaos ensued as always.

The retransmission can be found at Mattie’s twitch channel. Thank you very much again for coming, plus props to Villem for providing some pictures and Mattie for proofreading the text. Hope to see you at the next crew event! 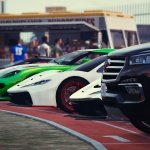 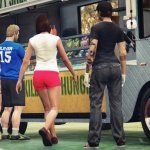 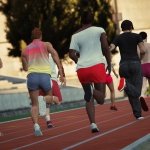 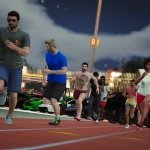 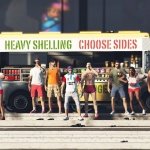 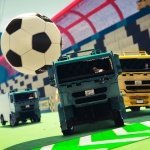 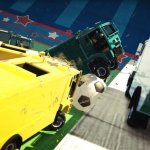 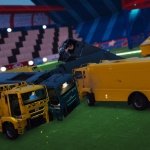