…oink, oink, oink, oink, oink! Hahaa, get it? No? Okey 🙁 . Anyway, to keep the traditions alive, we had our third Chinese New Year party on Monday. Since world renown scientists have determined it’s now the year of yellow earth pig, the party theme was also chosen accordingly.

So the pigs of Ethical Retinue – me, Mattiejas, Threep, Doozie, Reacher, Cellscape, Frankie, Amorphis and our newest recruit Maynexuss – gathered in my apartment, all ready to get wet and dirty. Blessed with a rainy weather, we started off with a quick impromptu race to a more suitable environment – a small pig farm in Great Chapparal. Doozie, well prepared for this occasion, took the compulsory win with his Hakuchou Drag.

Hooves deep in wet mud, we then tried a less time consuming outfit contest. However, as it usually is with new things, it ended up a bit awkward and confusing. Therefore, this week’s swag title will be shared by two members: Cellscape for his goth pig costume in 50 shades of black, straight from the darkest realms, and Threep for his very pink outfit and as pink pigmobile. Also worth mentioning is our new guy May who was also nominated for his minimalist yet chic pig outfit.

After mandatory rituals in freeroam it was time for a playlist. We started off with a bang in a tank deathmatch which I managed to win t(h)anks to a fair bit of luck. It was followed by a tricky stunt race high up in the sky in which Mattiejas overcame his fear of loops and won it completely legit. After this we played another peculiar race, Funny Funnel, which despite helpful tips turned out to be tricky for many. Still, Amorphis earned there a well deserved win. The first half concluded with an obstacle run in a more homely environment – a wet and muddy Grapeseed farm. There, Doozie showed his own master class and took his second win of the night.

Afterwards, we jumped over the hills and through a mutated pig in a stunt race for monster trucks, won by master off-roader Reacher. We then had a lengthy air battle, where our homey Salah joined our party as well. The evening ended with a fun vehicle sumo and Air Drop adversary mode.

Though I tried a little bit not to win the playlist by gifting a few wins to others, it nevertheless happened. Still, Cell and Doozie did also a great job by winning silver and bronze prize respectively. Even others were very good which are proved pretty close final points.

Once again, thanks everyone for joining and offering a great company. It’s always fun to spend quality time with all of you. If you missed the event or want to remind the good times we had, please watch Mattiejas’ recording on Twitch. Also don’t forget to check out some of my snaps below. 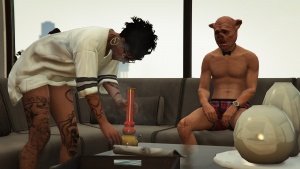 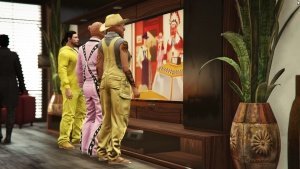 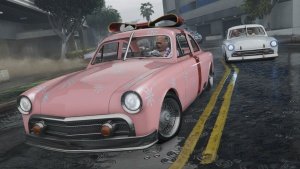 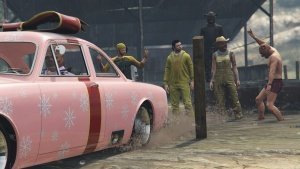 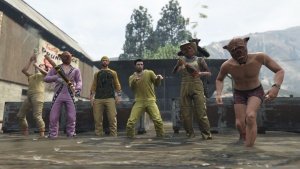 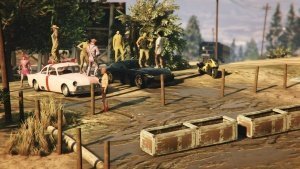 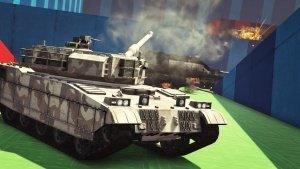 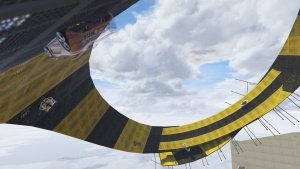 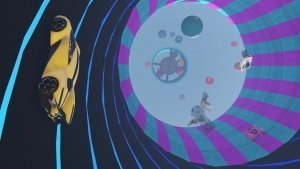 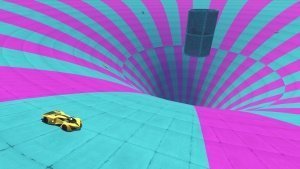 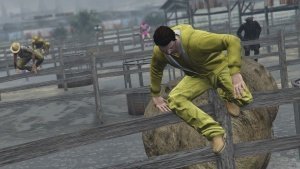 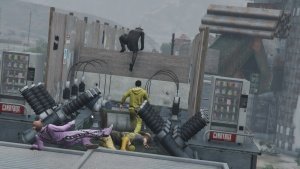 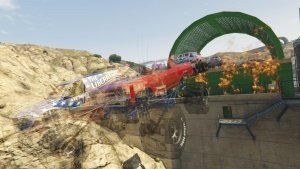 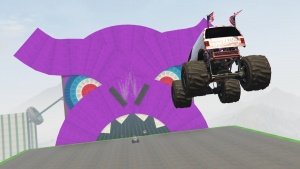 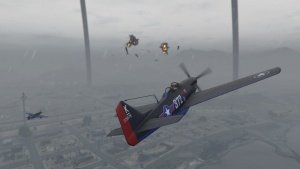 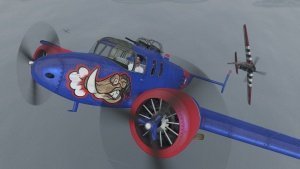 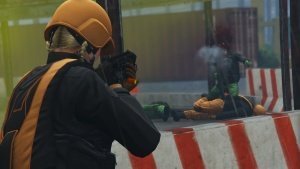 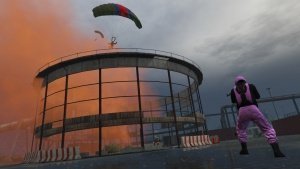 2 thoughts on “Chinese New Year party: who let the pigs out?”