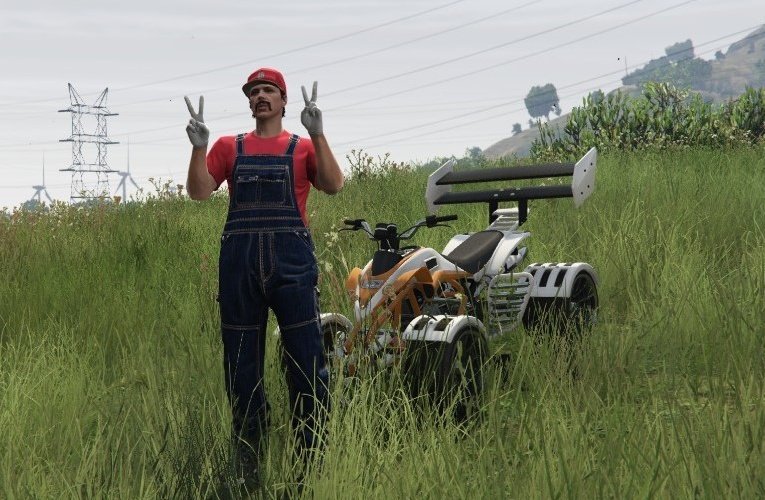 Back in 1985, Super Mario Bros game was released. Along with its successors it created a series of the most popular platform games ever. Let’s see this game can be resembled in GTA Online!

As an assembly point, we will meet at grassy plains (where most Mario adventures start!), north from La Fuente Blanca (Martin Madrazo’s residence from storymode). Bring your smallest four-wheel vehicles and don’t forget to dress up like your favourite character from Mario series. Scheduled freemode challenges include:

After that, we’ll jump to themed playlist. I’d like to thank Geg for acting as model for featured image, also to Mattie and Sal for suggesting some jobs for the playlist. Finally, thanks to everyone who completed the Doodle. See you at the event. Let’s-a-go!