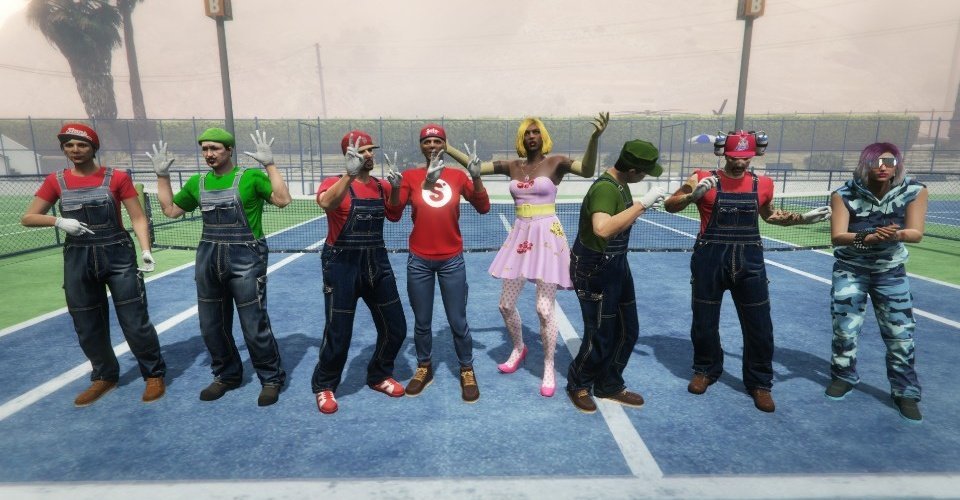 Without a doubt, Super Mario series boosted popularity of evolving in 1980’s platform games. We can safely say that owadays Mario character is an icon of such games. 24 years after release of first ever Mario game, Ethical Retinue celebrated this amazing Nintendo creation.

We assembled at the grassy plains near Martin Madrazo’s mansion. Many Marios came along with their Luigi brothers, who brouhg cute, small vehicles. We started with little trivia about Mario series. After exciting competition, both Witt and Doozle answered most questions correctly and that granted them appropriate titles on Discord.

As we all know Mario loves coins, we had another competition – which team collects 30 crates spread around State of San Andreas in less time. And so, we split into two teams and used our cooperations skills in order to colletct all items within time limit. Squad composed of Threep, Witt, Mattie and Geg managed to win the challenge – congratulations all! Afterwards, we met at the gates of Fort Zancudo in order to save Princess Tilly trapped at the highest chamber of the tower. Brave Italian plumbers came to the rescue – however, our escape plan had some flaws. Bowser troops responded with heavier firepower than we expected – but ultimately, we all escaped horde of Goombas and jumped to the playlist.

Witt won the playlist, followed by Geg and Threep. I’d like to thank all for participating in the meet: Marwa, Witt, Mattie, Geg, Villem, Threep and Doozle. At this point, special thanks go to Mattie for providing a party recording, which can be found here and Threep, for making some screenshots that along with my snaps can be found in gallery below. See you at the next party, folks! 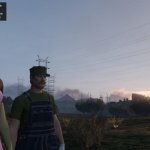 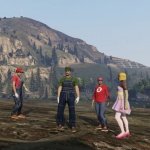 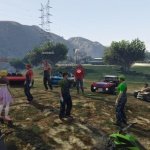 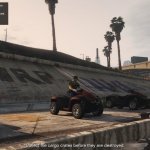 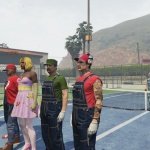 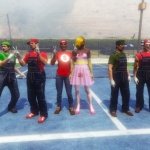 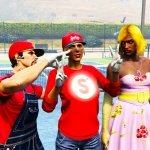 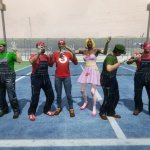