Many words have been said about how popular races in GTA Online are. This popularity led me to host Race Wars event for the third time. I was joined by Witt, Threep, Villem, Mattie, Cyneric, Beavis and Herokin. And together, on various racing tracks we battled for points for our teams.

Meeting started with a tiny bit of nervousness, as we didn’t have enough players to balance teams. Eventually, we all met on Elysian Island and split into following teams:

Then, we started to pick cars for each race in the playlist. This year, each teammate was assigned with an amount of joker (faster than others), bogie (slower than others) and normal vehicles. Complications occurred when I realized the algorithm doesn’t work the way I initially thought – that costed us about 15 minutes of reorganizing our choices. Eventually, everyone was assigned with certain amount of vehicles of each kind. And so, the playlist started:

And that concluded the main part of the event. However, this year there was an innovation – I included a special race for Tilly’s Prize. With vehicles, that are not associated with racing in any way, that is Dozer and lawnmower. The laurel of victory went to Threepwood.

Finally, here are the detailed results:

Thank you all for joining Race Wars for the third time! And for patience, when my preparation calculations about assigning vehicles to everyone appeared to malfunction. You can find party recording on Mattie’s Twitch channel. This time, pictures from event were providedbyWitt 😉 See you on the next crew events. 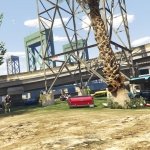 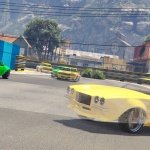 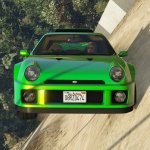 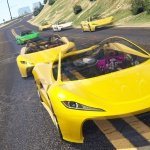 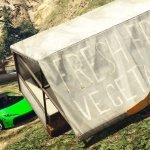 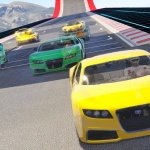 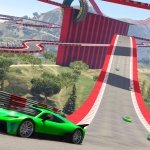 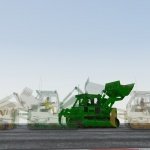