Skip to content
Home » Events » Find the truth this Tuesday: it is out there!

Deputy Director Kersh here. All crew members must attend an urgent and mandatory staff meeting taking place at the FIB building this Tuesday, 13 July, 9pm CEST. As usual, please present in standard FIB office dress code. However, it may be useful to also bring your scuba gear along, just in case things get wet. 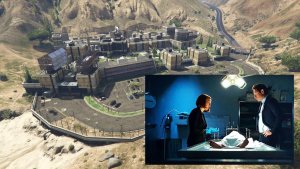 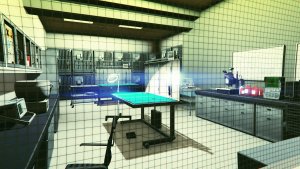 I issued an APB on two members of the Ethical Retinue, Mr Mulder and Ms Scully, depicted above. Indeed, we want them for severe obstruction of FIB business. As you can see, security cameras spotted them near Humane Labs conducting an illegal autopsy. They are currently fugitive. In the interest of public health and safety, as of this instant, the FIB requisitions every agent to aid in their capture. Additionally, LSPD is on full alert as well.

Due to my personal connections with Mr Percival, I can share with you highly confidential security footage of Mr Mulder illegally entering Humane Labs. Please note his unconventional mode of operation. Indeed, familiarity with his methods will facilitate his capture.

In addition, Mr Mulder gained illicit access to the downtown FIB building. Undeniably, he used paranormal powers. Indeed, this may or may not be related to his exposure at Humane Labs. Evidently, please carefully study the security footage below. Currently, we do not know if Mr Mulder was working alone or not. Unfortunately, Mr Mulder managed to steel several X files concerning an alleged alien conspiracy. The FIB’s reputation hinges on these files not falling into the wrong hands.

As a precaution, to prevent further incursions, we burnt down Mr Mulder’s office along with all the X files, under the pretext of an accidental electrical short. As usual, we applied the necessary pressures to ensure that the LSPD will report accordingly on the story in official channels. 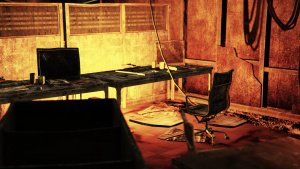 Again, these members are armed and extremely dangerous. So, please proceed with extreme caution. In particular, report any sightings to Deputy Director Kersh immediately. Due to the seriousness of the situation, I will consider it an act of treason if anyone withholds any information concerning their whereabouts.

See you this Tuesday, agents. Meanwhile, stay safe and well.