Once a year there is an ETCL event. Heavily focused on races, but with a twist. The goal is to work for your overall team score and everyone is assigned with a different set of vehicles. For the fourth time we had such an event. Called Race Wars 4.

We met in Morningwood. After everyone arrived, we split ourselves into teams and chose our vehicles for each of 8 eight races which were about to follow. Moreover, each team member was assigned with a tier 1, 2 or 3 set of vehicles. This year, we also wore colorful racing suits which matched our team’s color choice. And so, two teams were ready to start:

And how did it go?

I’d like to thank everyone for joining the event. This time, you can enjoy not only Mattie’s party recording, but also YG’s YouTube one. Hopefully, we will meet next year, at another Race Wars event! 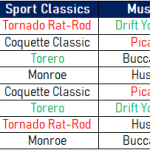 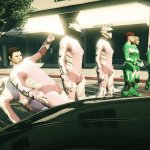 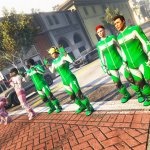 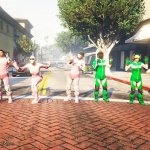