This post reports on a 24 hours in-game (1 hour in real life) trip of one of our honorable crew members.

It was in front of a humble dwelling in East Los Santos that I met up with Roofstone. Her house was filled with movie posters, ageing furniture, and a huge TV from the 90’s. After gulping down a few beers, she invited me into her garage. 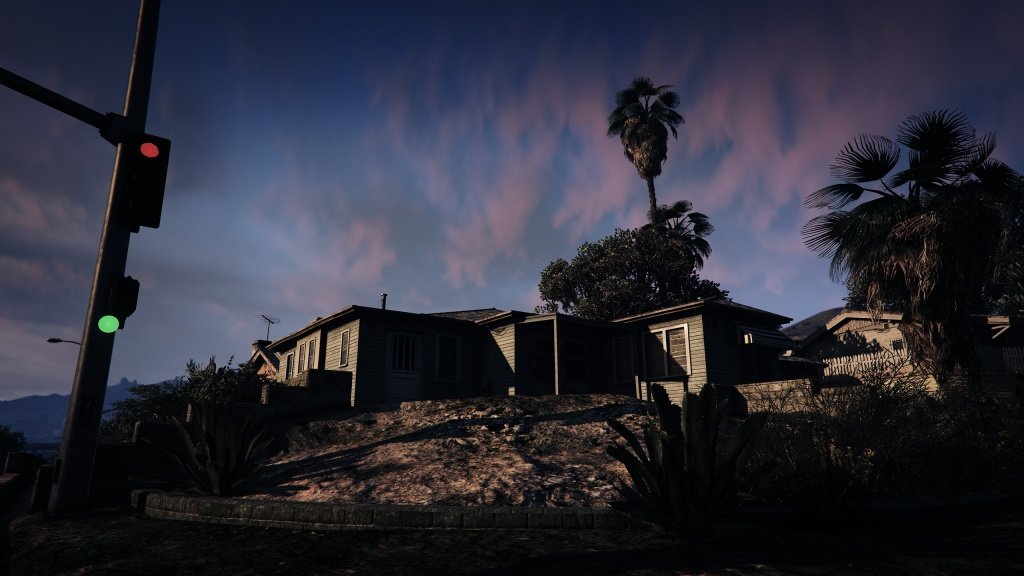 She could have bought a dozen of houses like this one for less than the price of the vehicles in her garage. No sports cars, but only American heavy-machinery: an Albany Buccaneer, a Benefactor Dubsta 6×6, a Hexer, a Western Daemon, the brand new Innovation, and a Western Bagger. 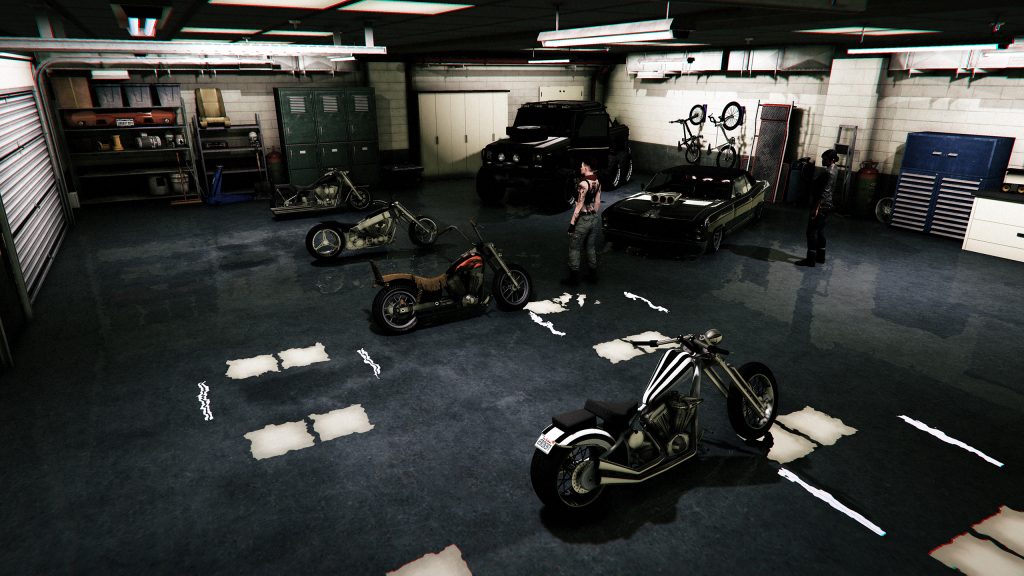 I only had a brief moment to fully appreciate those monster vehicles. Soon, roof grabbed on one of her bikes to take me for a drive around Los Santos. Roofstone is an experienced biker, and I had a hell of a job following her on the streets with my Akuma. I should have brought a helicopter to follow her, as the route was so extremely aerial. 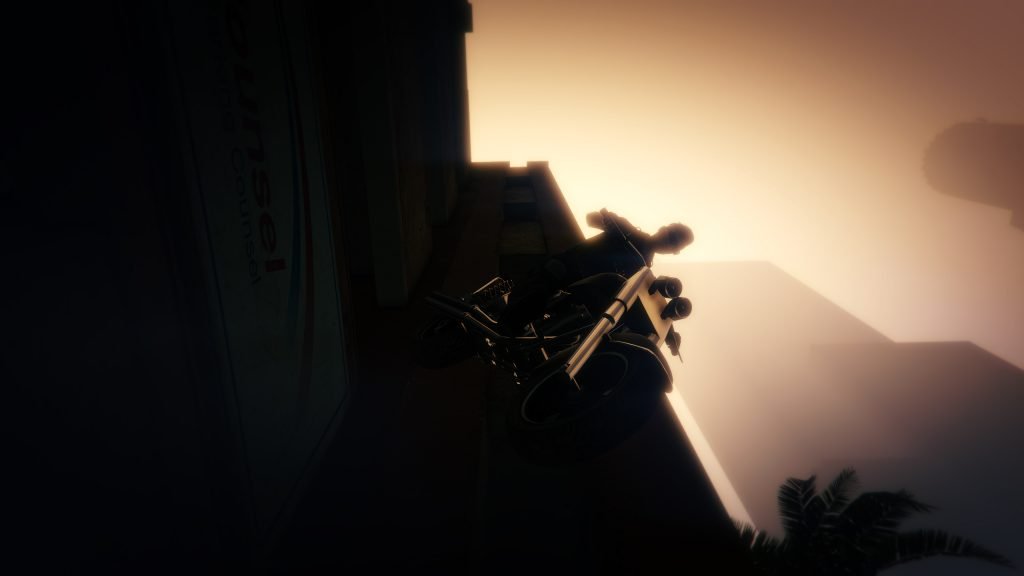 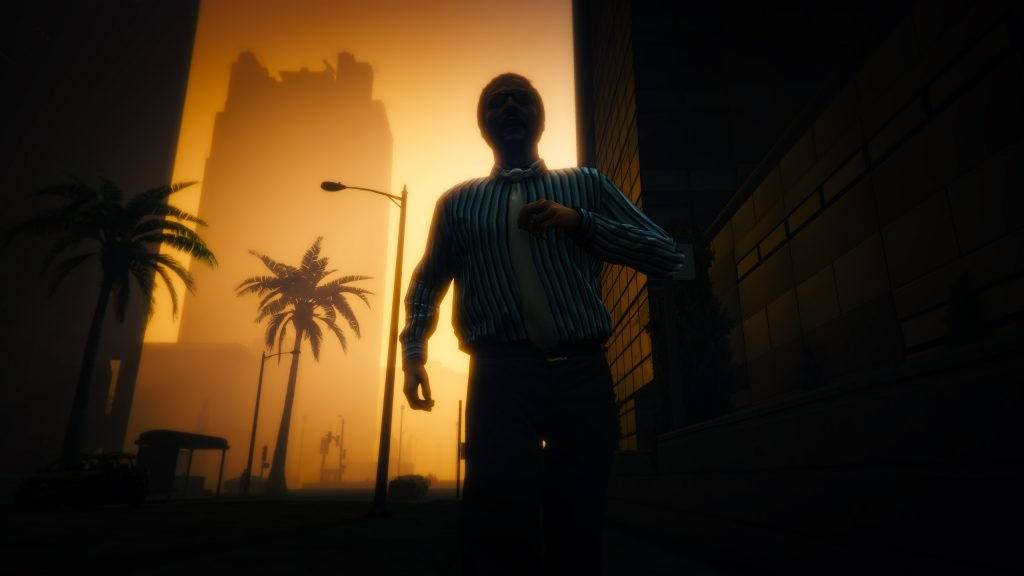 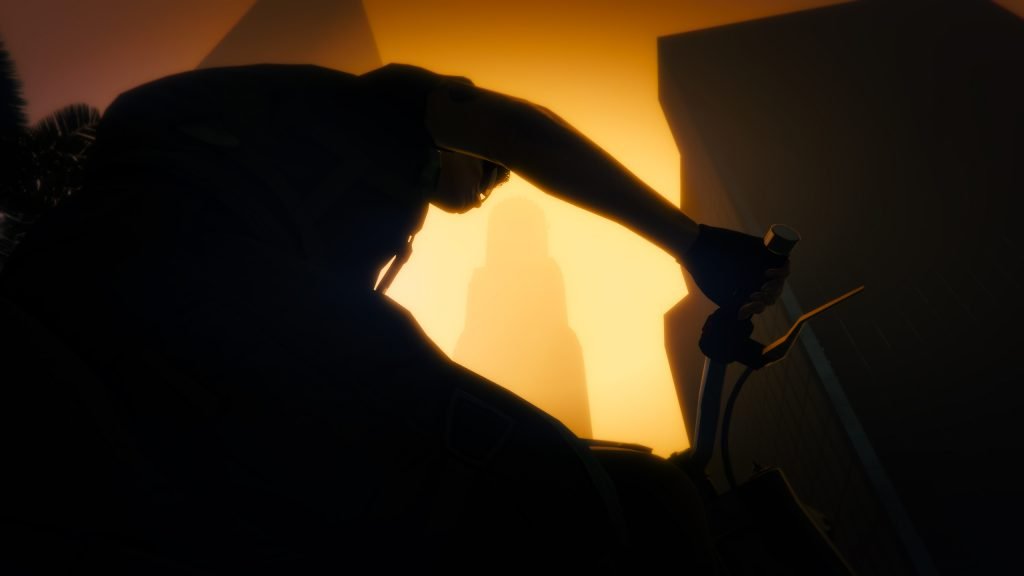 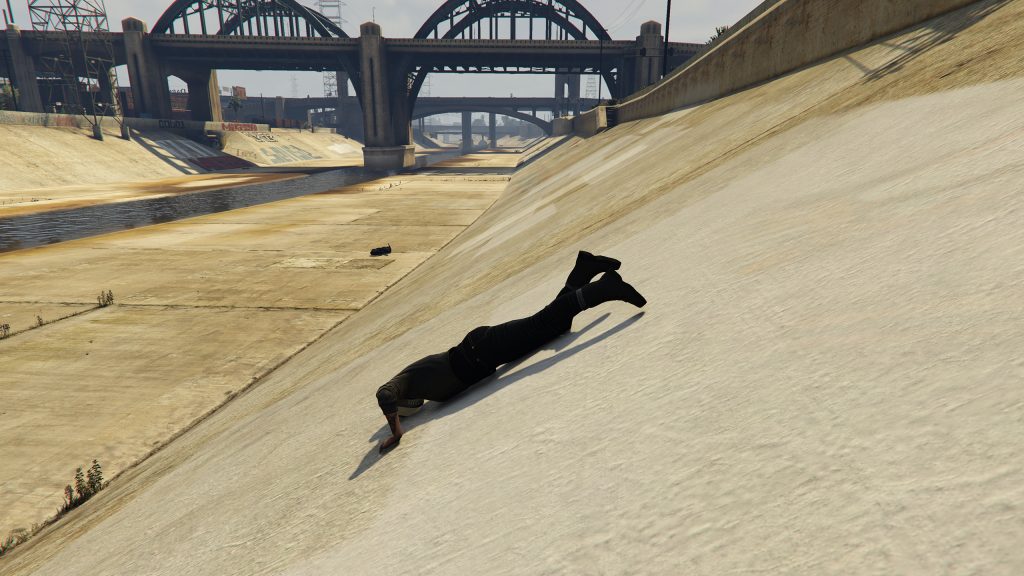 After a good hour of flying around on the bikes, she decided to introduce me to one of her friends. However, in no way would she let me meet him with an Akuma. Time for me to say goodbye to my Japanese Akuma girlfriend, and to buy one of those big and expensive bikes instead. 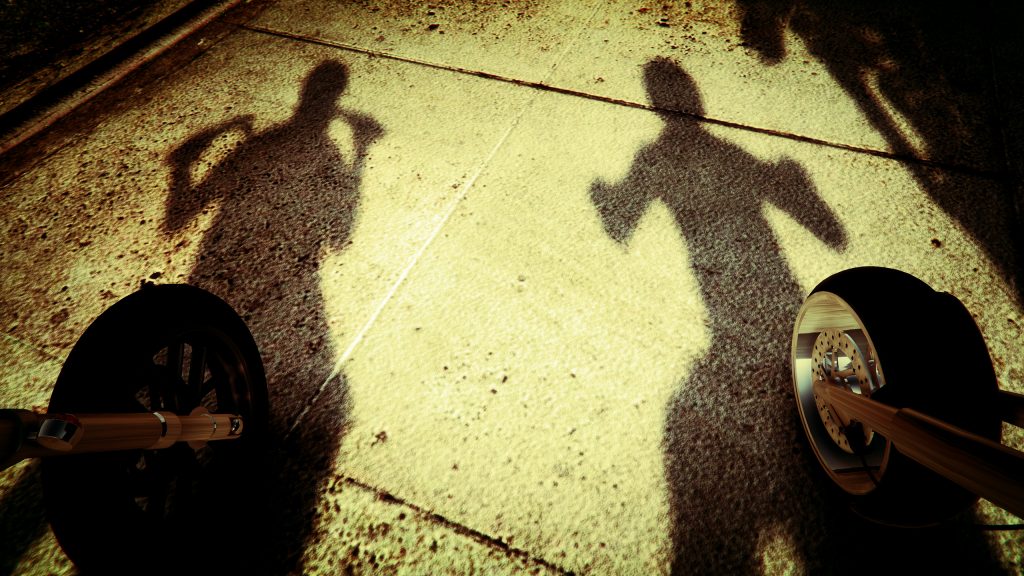 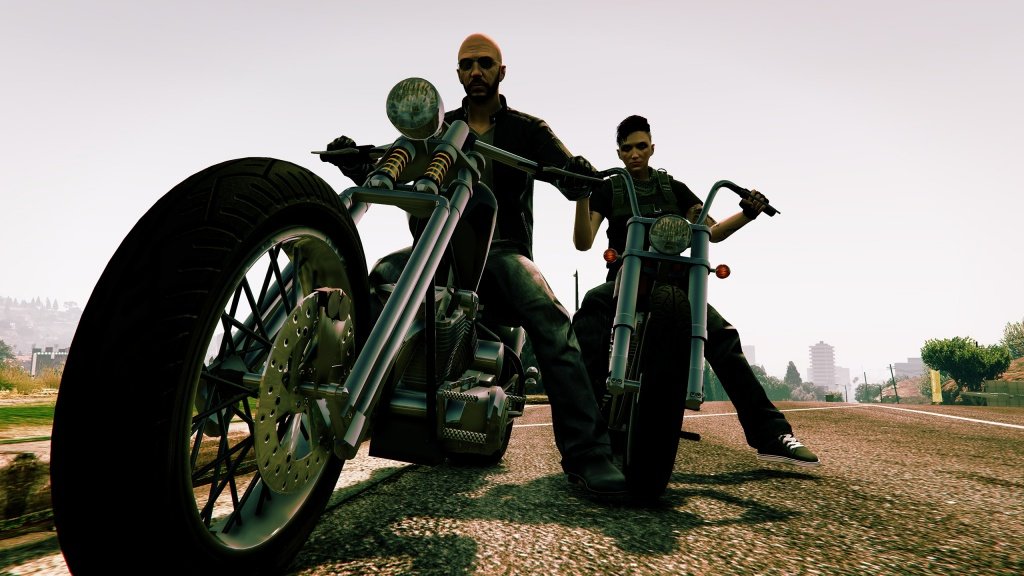 I had the honor to meet Flum, an old school biker. We decided to go to Sandy Shores, and the driving was suddenly more conventional. I was in a boy’s dream, as I was doing my best to keep myself in formation under the deafening noise of the bikes. It provided me with an incredible feeling of both invincibility and liberty. 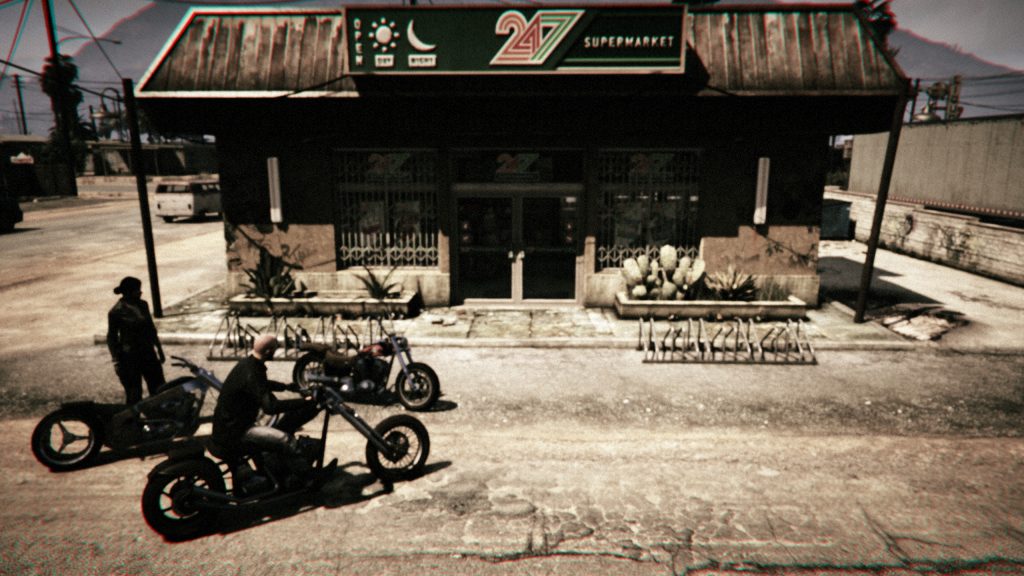 Even in gta sometime you are waiting for her

The route ended in a bar, or in fact mostly on the parking lot. There, we were joined by Seaman. As for the aerial turns in Los Santos, my capacity to follow the rhythm was pushed to its limits. 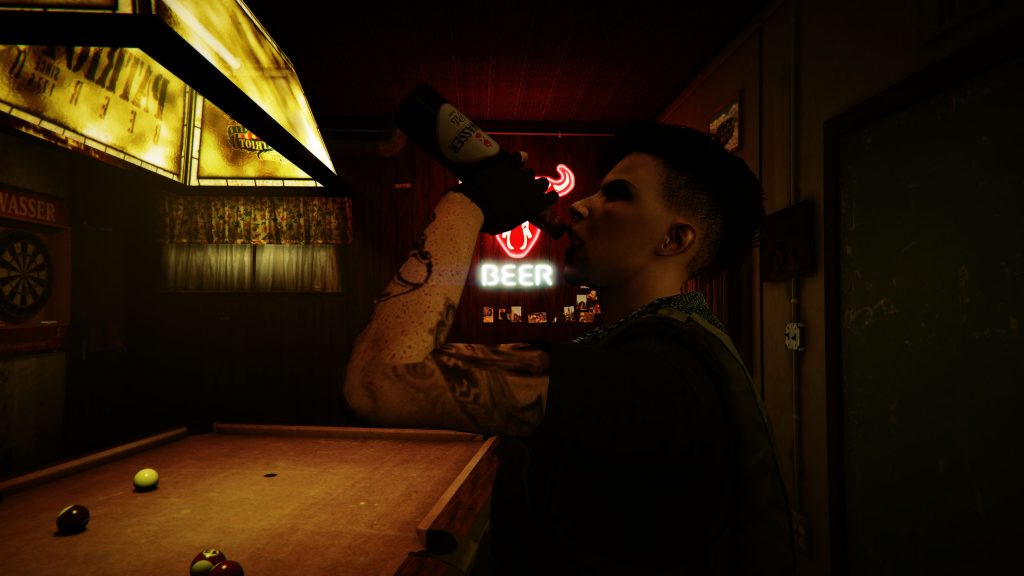 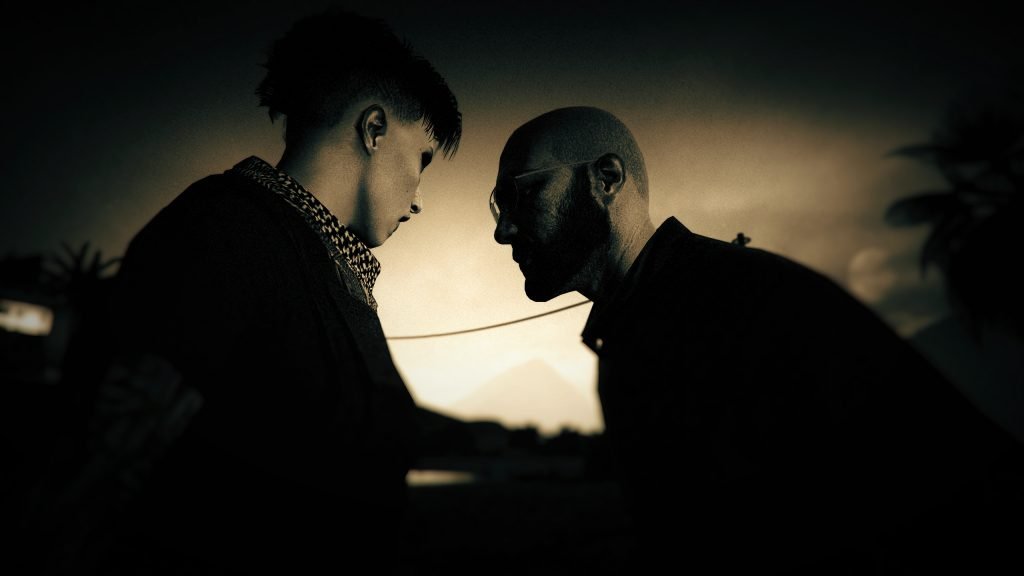 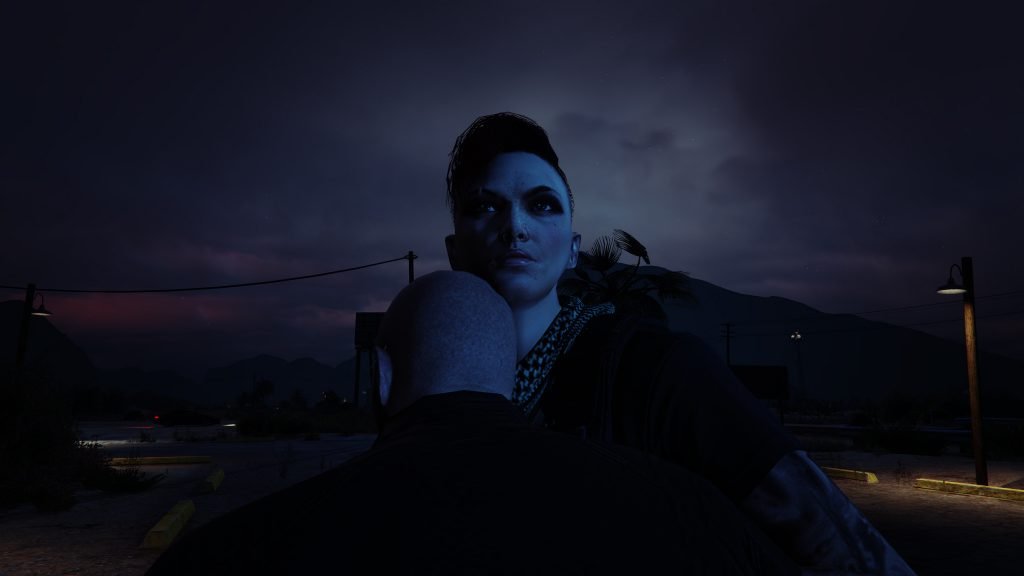 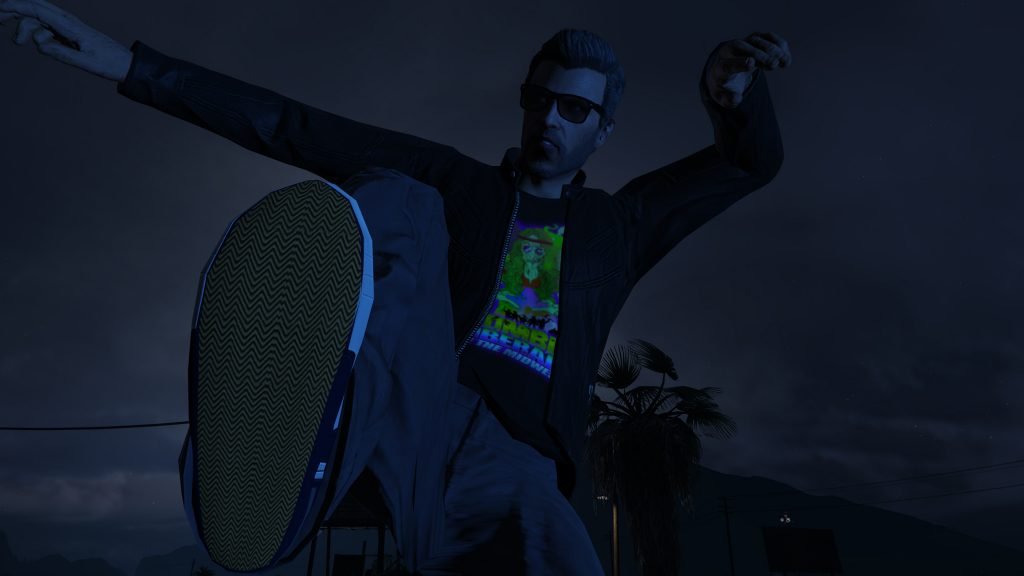 I do not remember anything about what happened for the rest of the evening. However, afterwards, I found those photographs on my snapmatic. 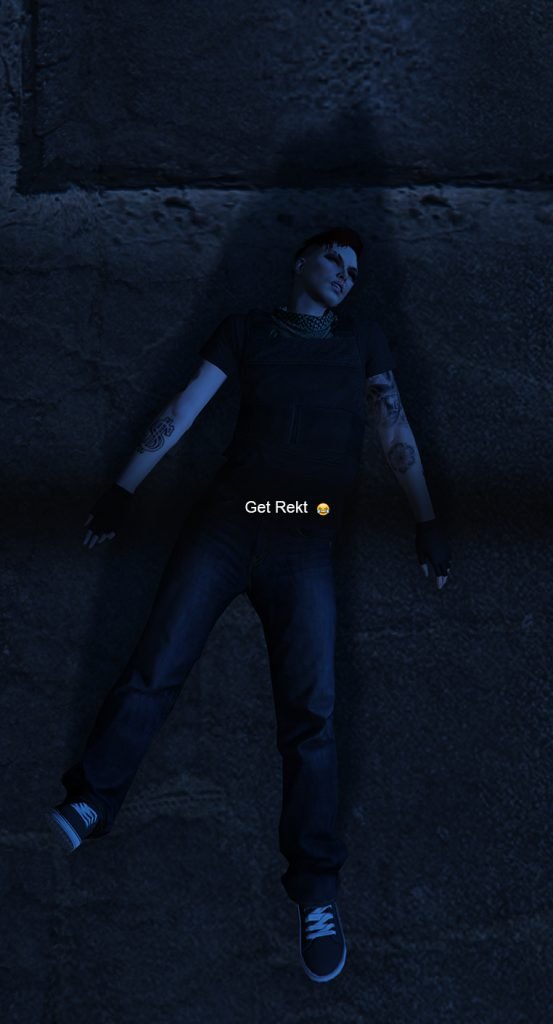 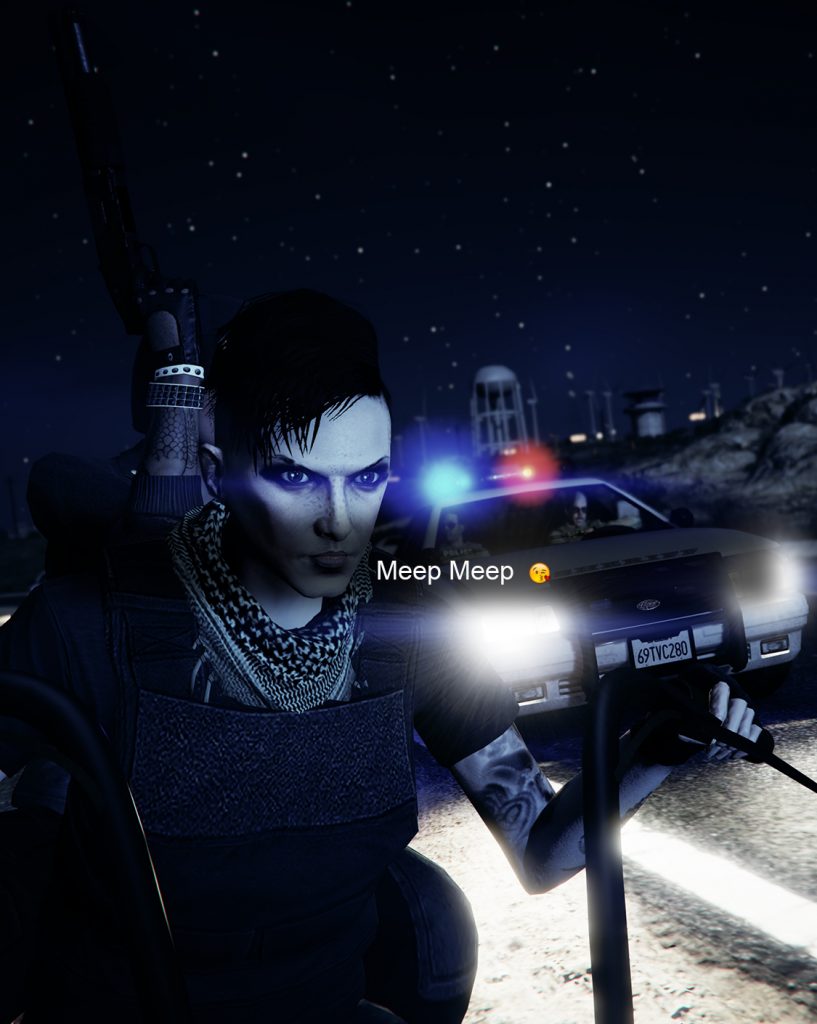 I regained consciousness before we were impounded by the police of Los Santos, masked and armed. Roof spotted three motorcycles seized by police, and ethics demanded that we came to their rescue. 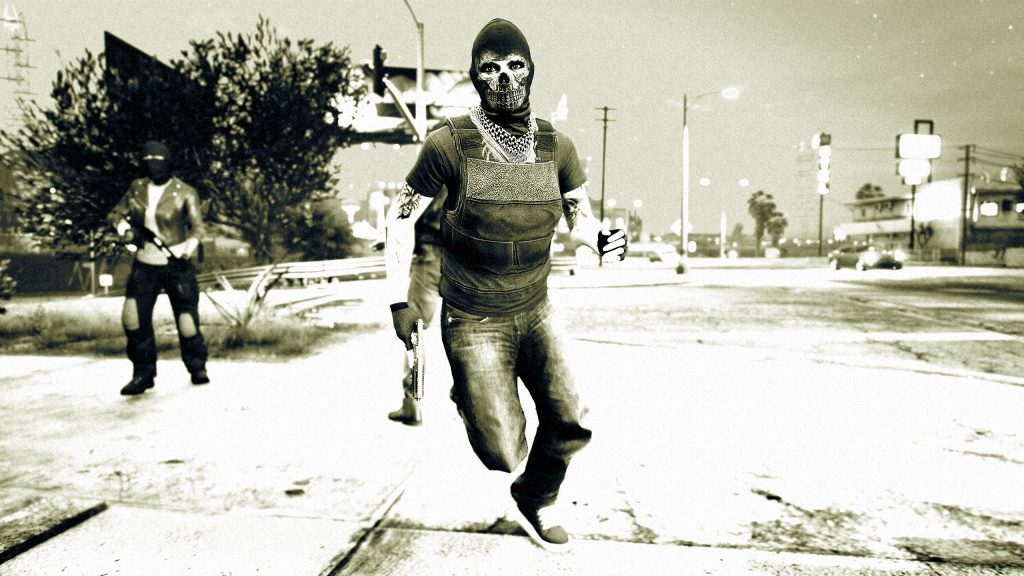 She is not playing around 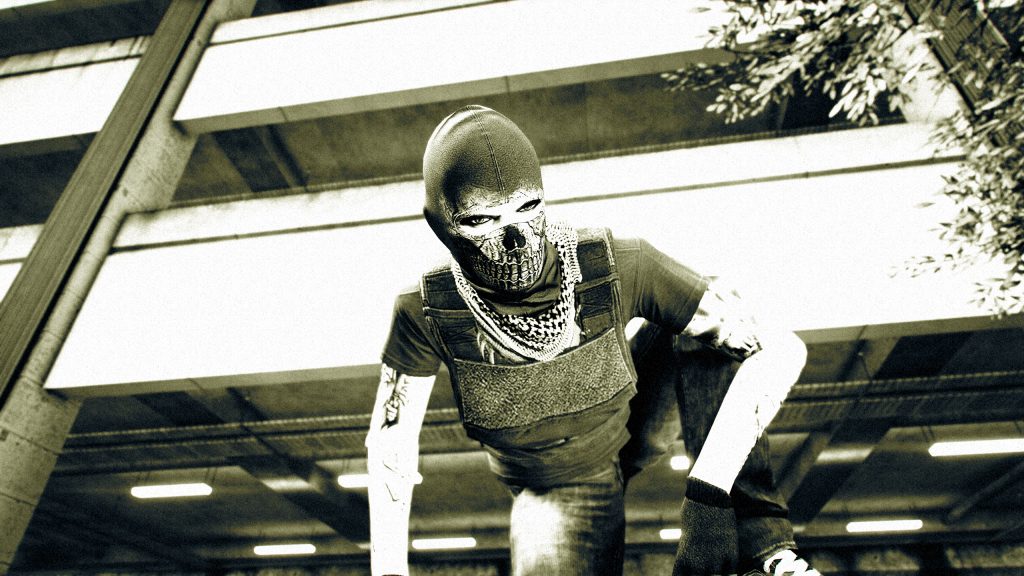 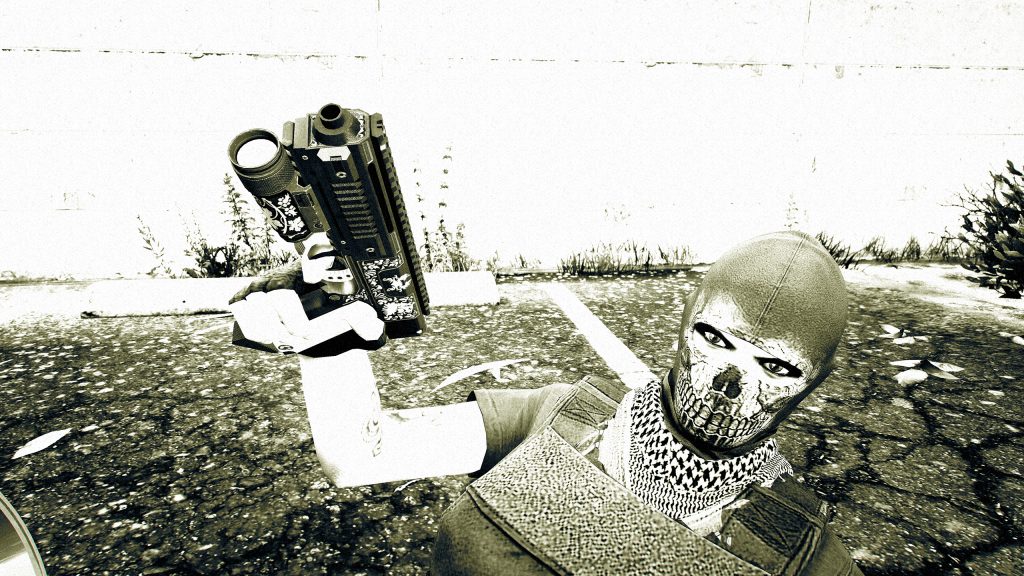 In the morning, back home, we paused for a bit in front of the Buccaneer.Bleed, bruises, love and drugs that the memories i kept with me when i left RoofStone. Thank you Roof for those 24 hours. 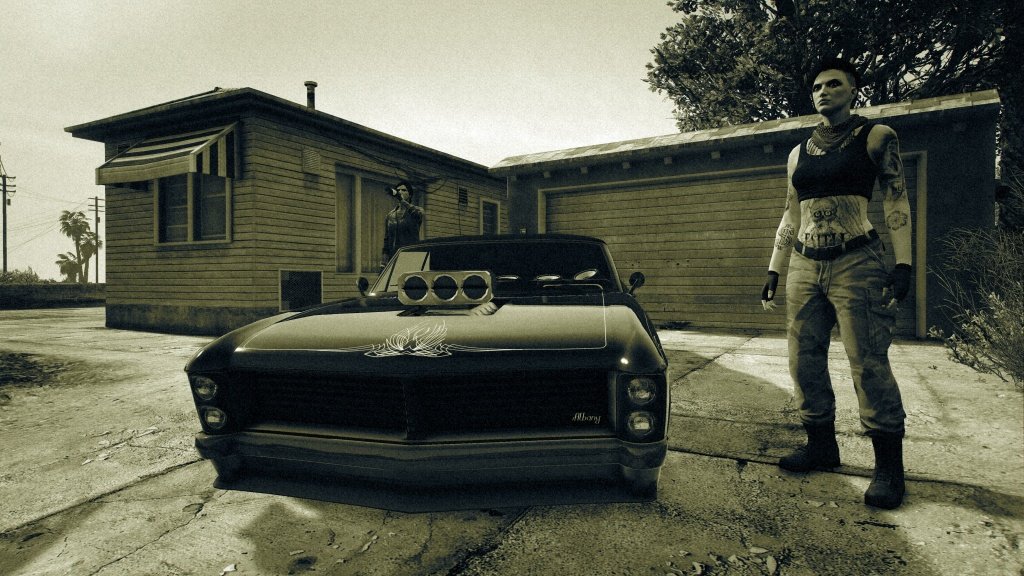 In a game of “Pimp my NOP”, here’s how Roof decided to dress up Nopitch. « Comfort and security! » 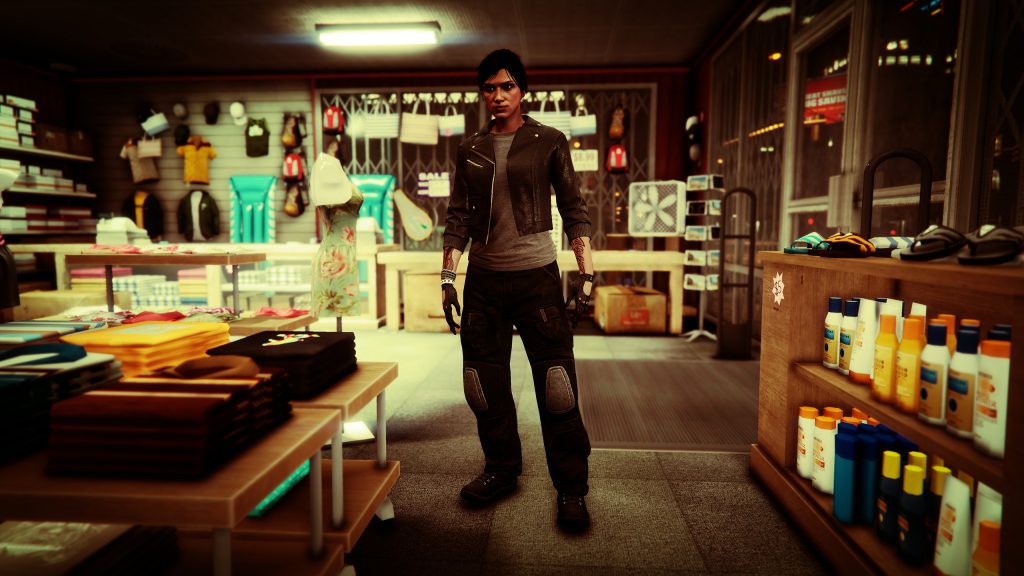 Pimp my Nop ® By RoofStone don’t forget the straps