Three days after its release, Ethical Retinue celebrated the newest DLC in so called, Night Life Party. Thanks to everyone who joined: Doozle, Roof, Exar, Armin, Villem, Jeff, Reacher, Rochen, Lorsch, also to our guests: Quiomi and Memo.

The meet and the party

We assembled at the parking lot near Del Perro Pier for before-party. The whole place began to shine with party lights and colorful outfits, surrounded by many luxury vehicles from the update. We also had traditional outfit voting contest, in which I managed to get most votes for my party outfit, combined with party bus. 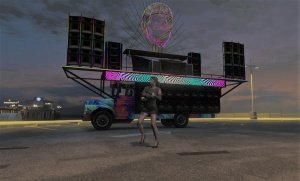 Then, we raced to my club for some night life fun. Villem was first to arrive – who finished with crashing his party Tula into the club building! Finally, we entered facility together and immediately spread around to have a party. It is very hard to point out what actually happened, due to massive amount of C2H5OH vaporizing in the air and flashing lights, so let’s just underline most memorable situations:

When everyone was exhausted enough, we jumped to quick playlist. We started with angry birds capture, followed by assault target race, won by me and Roof. Next, my labyrinth-themed neon-horror deathmatch, where Roof scored most points. We continued with my rainbow race on Blazers, where Jeff crossed the finish line as the first, ahead of Quiomi and Rochen. Then, Mike’s melee LTS which abounded in many lags and invisible punches. Finally, a parachute jump won by Roof.

Once again, Roof won the playlist, ahead of Jeff and myself. As always, congratulations to all participants who competed and stayed with us until very end! I’d also like to thank our guests for coming and joining the fun.

No livestream this time, but you can watch Roof’s clip from the event. This time, I provided some pictures – my first steps in editing photos in R* Editor, so I’d like to request some indlugence 😉 I also used one of Doozle’s pictures. Thank you all again for coming to the party and see you soon! 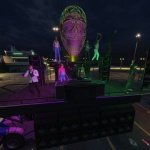 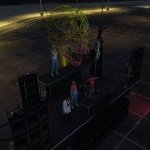 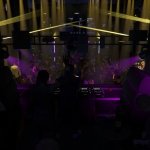 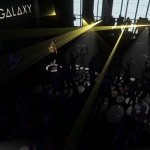 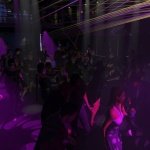 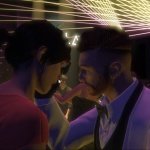 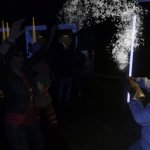 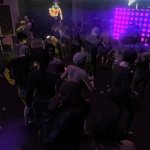 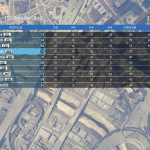 One thought on “Night life party – an inevitable hangover”