Skip to content
Home » Events » Gopnik party: a chaotic wreckfest on the streets of Los Santos

On a Wednesday evening, some weird tin boxes on wheels slowly rolled onto a parking lot in South Los Santos. The usual clash between the police and local gangs stopped and the ghetto became completely silent when menacing looking people came out of those tin boxes. Wearing two-striped ProLaps tracksuits and carrying baseball bats these people sure did not seem friendly. These were us, the Ethical Retinue crew, about to throw a gopnik party, and yes, we really were going to mess up the place. As soon as hard bass started spreading throughout the neighborhood, the cops quickly vanished, gang members fainted and nearby car alarms went off.

Under the influence of high quality Cherenkov vodka, we burned rubber, knocked down shopping carts and smashed windows of parked vehicles. When there was nothing else to ruin on the parking lot, we decided to head out to the city for a joyride in our beloved Chebureks or whatever we could get from the streets. As it turns out, the once so cheap Cheburek has  become too expensive for some of our comrades. Not sure whether it’s due to high taxes or hyper inflation that’s become a usual phenomenon in recent years. Thankfully, the citizens of Los Santos, respecting our communist views, happily agreed to share their vehicles.

To make things more interesting, we decided to have a little competition à la Vespucci Job. One player had to sit in a cute but slow Asea and run away from others. The rest of us had 5 minutes to chase him/her down in our Chebureks. Although Cheburek should be faster on paper, especially fully modified, things really weren’t that easy. Masterfully using Asea’s great traction and the wide roads of Los Santos, 4 players – Jeffrey, Mathilya, Reacher and Patrick – managed to escape for the whole 5 minutes. This earned all of them “Player of the week” title. Congrats!

In addition,we also held a traditional outfit contest where players voted for their favorite costumes. It was a very close voting but Mathilya’s tracksuit took the victory home this time. Congratulations and thanks to everyone else who had worked hard on their gopnik outfits.

Although the warm summer days seem to keep player counts low, a few of us still showed up. Thanks for joining, Mathilya, Frankie, Raddest, Insane, Jeffrey, Roof, Reacher, Threep, Lorsch, Patrick and others who visited the party at some point during the evening. Hopefully there will be more chasing themed events in the near future.

The gallery is down below and you can watch Mattiejas’s live stream >here<. 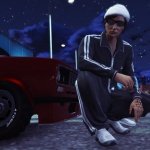 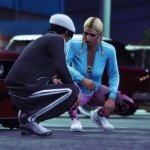 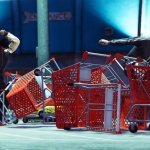 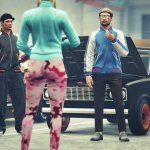 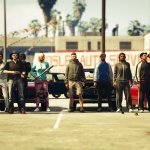 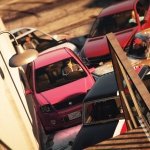 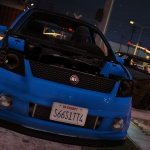 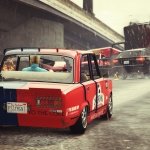 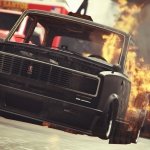 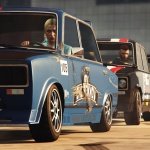 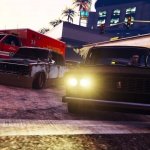 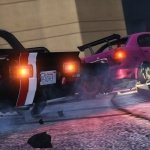 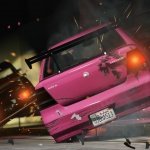 One thought on “Gopnik party: a chaotic wreckfest on the streets of Los Santos”