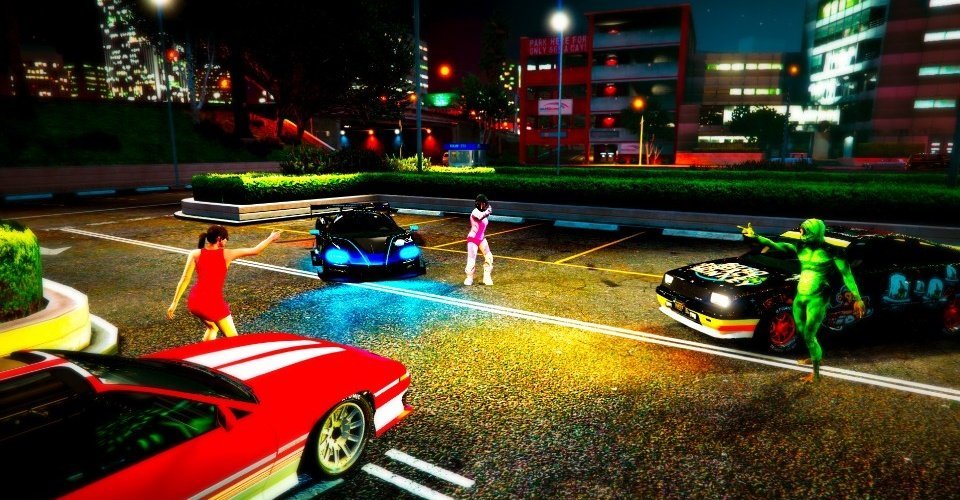 Races are probably the second most popular game mode in GTA Online, just behind heists. What made them so popular is very friendly driving physics, as well as variety of cars and classes and almost unlimited possibilites provided by creator tool. One year ago, I came up with idea to have a racing playlist, in which we competed in teams. And I named this event “Race Wars”. On next Tuesday, a sequel to this successful event will take place.

Our meeting point will be picnic camp at south-east side of Mount Gordo, near facility. Same as in last year, bring your fastest supercars and Faggios. Don’t forget about your favourite racing outfits. Then, we will pick our cars for each of 8 races in the playlist. And so Race Wars will begin. 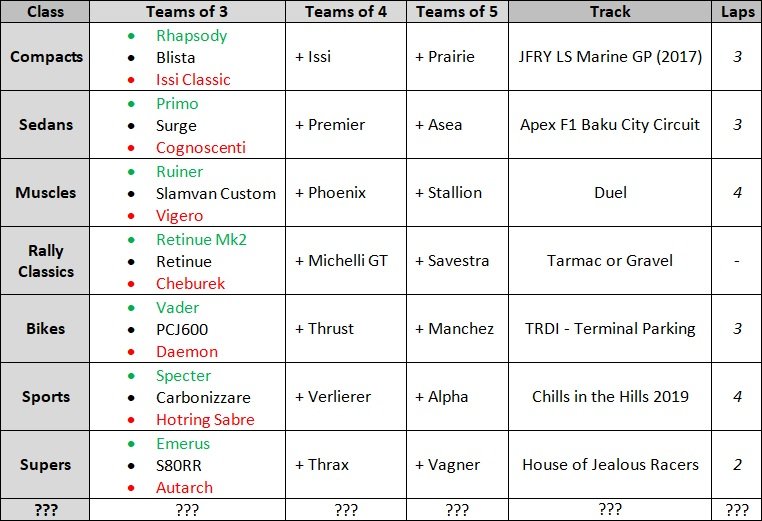 You can already start picking vehicles you like the most. Finally, I’d like to thank everyone who completed a doodle which helped me out with making early draft of teams. And to Doozle and Threep for helping out with featured image for this blog post. Start your engines. 3…2…1… and see you on Tuesday!